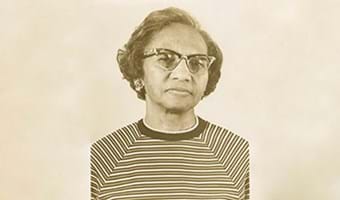 WHO IS ERMA HAYMAN?

Erma Andre was born on October 18, 1907, in Nampa, Idaho to parents Amanda Chouteau Dodge and Charles Edward Andre. Erma was the twelfth of thirteen and played piano in the family orchestra.

After growing up in Nampa, Erma Andre moved to Boise and lived on Grand Avenue in 1927 and in 1928, married Navy Madry. Together, they had three children: Barbara, Jeanne, and Frederick.

Widowed in 1935, she eventually married Lawrence Hayman in 1943. In 1948, after racial discrimination prevented them from buying property elsewhere in the city, the Haymans bought the sandstone house at 617 Ash Street.

Mrs. Hayman was a vital advocate for her community, serving many years on the River Street Neighborhood Council and acting as its chair from 1973 to 1974. She also worked twenty years at Lerner’s, a women’s clothing shop on Idaho Street. 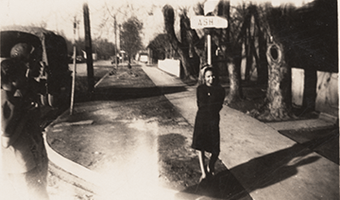 WHAT IS THE RIVER STREET NEIGHBORHOOD?

For much of the twentieth century, the River Street Neighborhood was the most ethnically and culturally diverse area in Boise. A working-class section of the city, the neighborhood housed immigrants from the Basque Country, Bulgaria, Croatia, Greece, Hawaii, Japan, Russia, and elsewhere.

By 1940, housing discrimination had made River Street home to the majority of Boise’s Black residents. Most structures from the early days of the River Street neighborhood have been lost. Like so many areas populated by immigrants, Black Americans, and members of the working class, their stories have been largely omitted from standard historical narrative, necessitating the preservation of the Hayman House and the history of this treasured community.

WHAT IS THE ERMA HAYMAN HOUSE?

The Erma Hayman House is a historic site and cultural center that preserves, contextualizes, and interprets the history of Boise’s River Street Neighborhood. Through collaborative partnerships, the Erma Hayman House directly supports, celebrates, and amplifies the stories of historically underrepresented communities, past and present, through inclusive, culturally mindful public programs.

The Erma Hayman House is managed and staffed by the
Boise City Department of Arts & History Cultural Sites program.