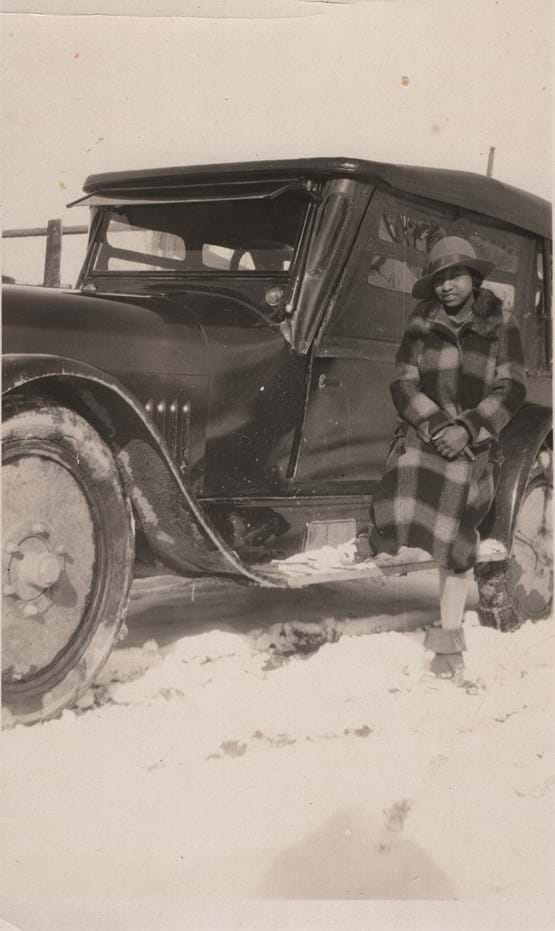 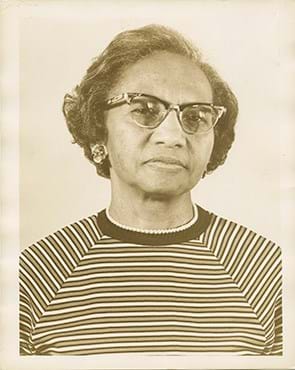 Erma Hayman was a vital advocate for her neighborhood and its often-overlooked residents.

Erma Andre was born on October 18, 1907, in Nampa, Idaho. Her parents, Amanda Chouteau Dodge and Charles Edward Andre, moved from Ste. Genevieve, Missouri, to Montana—where Edward worked briefly as a miner—and then on to Idaho, settling in Nampa in 1898. The Andres had thirteen children. Erma was the twelfth of thirteen and played piano in the family orchestra. Edward and Amanda were farmers during their early time in Idaho. Later, Edward worked whatever jobs he could get in town—which often meant custodial work—and Amanda took care of the dairy farm. The Andres were one of only a few African American families living in Nampa.

Erma Andre lived nearly her entire life in the Boise Valley. After growing up in Nampa, she moved to Boise and lived on Grand Avenue in 1927 and 1928. In November 1928, she married Navy Madry, a waiter and World War I veteran, and the couple moved to Seattle for three years. Together, they had three children—Barbara, Jeanne, and Frederick. In 1935, Navy died of leukemia, leaving Erma Madry a widow. She eventually married Lawrence Hayman in 1943, and in 1948, after racial discrimination prevented them from buying property elsewhere in the city, the Haymans bought the stone house at 617 Ash Street.

Mrs. Hayman worked hard her entire life, persevering through relentless job and wage discrimination throughout Boise. Before gaining stable employment, she took on small jobs sewing and catering parties on Warm Springs Avenue. She also helped repair aircraft, working as a sheet metal riveter at Gowen Field during World War II. Finally, she started a position as the display manager at Lerner’s, a women’s clothing shop on Idaho Street, where she worked for twenty years. After retiring from Lerner’s in her seventies, Mrs. Hayman took on the role of site manager with Central District Health’s senior meals program. She became involved in efforts related to senior nutrition, including delivering meals to elderly members of the Meals on Wheels program.

Erma Hayman was a family woman and a beloved force in her neighborhood. After raising three children of her own, she also helped raise her grandson, Richard Madry, who went on to become the first African American graduate of Boise State University's four-year college. Madry recalls a time when eight people lived in his grandmother’s small house at once, fondly remembering sleeping on the enclosed porch in the summer, backyard barbeques, playing with trains in the attic, and many family meals shared together. His grandmother was known to provide and care for those in need. She frequently visited neighbors who were in need or who didn’t have family nearby, keeping them company and bringing them food. In addition to her quieter efforts, Mrs. Hayman was a vital advocate for her neighborhood and its often-overlooked residents. She served on the River Street Neighborhood Council, acting as its chairperson from 1973 to 1974, and fought to have a crosswalk and stoplight installed at the busy intersection of 13th and River streets.

At the time of her death, Erma Hayman had twelve grandchildren and twenty-two great-grandchildren. She was the last of her siblings to pass away. Mrs. Hayman passed away on November 2, 2009, still a resident of her neighborhood at the age of 102.