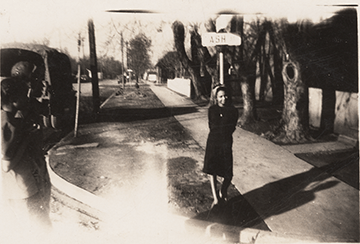 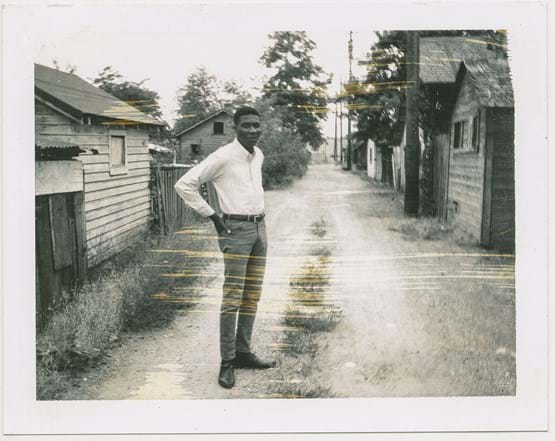 For much of the twentieth century, the River Street neighborhood was the most ethnically and culturally diverse area in Boise.

A working-class section of the city, the neighborhood housed immigrants from the Basque Country, Bulgaria, Croatia, Greece, Hawaii, Japan, Russia, and elsewhere. By 1940, housing discrimination had made River Street home to the majority of Boise’s Black residents. Most structures from the early days of the River Street neighborhood have been lost. Like so many areas populated by immigrants, Black Americans, and members of the working class, its stories have gone largely overlooked, necessitating the preservation of the Erma Hayman House and the history of this treasured community.

The Boise Valley, in which the River Street neighborhood sits, is the ancestral homeland of the Shoshone, Bannock, and Northern Paiute peoples. Euro-American fur trappers and missionaries arrived in what is now Idaho in the early 1800s, and contact with outsiders intensified following the opening of the Oregon Trail in the 1840s and US government reconnaissance expeditions of the 1850s and 1860s. Mass migration, as well as efforts to confine Indigenous peoples to reservations, resulted in violent conflicts. Mining and settlement repeatedly pushed Native Americans to the edges of their traditional lands in and around the Boise Valley. Idaho Territorial Governor Caleb Lyon arranged treaties with the Shoshone that the federal government never ratified. Federal military troops began forcibly relocating the Boise Valley’s Indigenous people to the Fort Hall Reservation in eastern Idaho in 1869. This and similar campaigns fractured many Native American families and communities by dispersing them to different reservations far from each other.

Boise City was founded in 1863 after the discovery of gold in the surrounding mountains. William Thompson and a gold miner named John McClellan joined several other families in homesteading land near the Boise River, in what would become the River Street neighborhood. As Boise grew, citizens desired to build a railroad that would connect the city to regional and national transportation lines. Several housing additions, which would later house many of the city’s working class, were platted between Front Street and the Boise River. By 1893, an extension of the Oregon Short Line Railroad’s spur line ran along the northern edge of the neighborhood (what is now Front Street), ensuring future River Street’s status as the neighborhood on the “other side of the tracks.” Early residents included Basque, Bulgarian, Croatian, Greek, and Yugoslavian immigrants, among others. A few Black Americans moved into the area during a population uptick between 1900 and 1920 (though the Black presence in Idaho dates to the territory’s founding).

In the early 1940s, the US military invested in the development of a large air base in Boise known as Gowen Field. This resulted in an influx of servicemembers who trained at the base, and the entire city experienced a housing shortage. Black men who came to Gowen Field with their families found homes in the River Street neighborhood when they experienced housing discrimination elsewhere.

When Erma and Lawrence Hayman bought the house at 617 Ash Street in 1948, residents knew the River Street neighborhood to be a wholesome one and a good place to raise a family. Even though the area had garnered a seedy reputation by the mid twentieth century, illicit activity was limited to specific areas (Pioneer Street was known to harbor prostitution and gambling houses, for instance), and residents noted that the neighborhood was never dangerous. Furthermore, those who lived there found a community, and numerous residents have said that while they might have experienced racism systemically and in other parts of the city, life in the River Street neighborhood was friendly and tolerant. Individuals of all backgrounds were able to own homes, start businesses, patronize the various shops and grocery stores in the vicinity, and form bonds with one another that transcended racial and cultural difference. Notably, during the late 1940s and the 1950s, two Green Book locations (named for the eponymous travel guides aimed at facilitating Black Americans’ safe travels across a segregated America) popped up in the River Street neighborhood: the home of one Mrs. S. Love at 1164 River Street and the Open Door Mission, also located on River Street.

The history of the structures in the neighborhood speaks to its diversity almost as much as its residents. Located across the alley from the Erma Hayman House, at 631 ½ Lover’s Lane, was one of Boise’s earliest fronton (handball) courts, which became a gathering place for the neighborhood’s Basque community. The court was constructed circa 1910 and was later converted into a bakery. Records show the existence of a boarding house and Blackjack’s barbeque restaurant, and there was a time when four different grocery stores served the small area, including Pearl Grocery, Zurcher’s, and Grand Avenue Market.

In the 1960s, city officials worked to obtain federal urban renewal grants designed to attract business and spur growth. Many structures in the River Street neighborhood deemed “blighted” and “deteriorated beyond practical repair” were razed, while others were “removed” when neighborhood streets were realigned and widened, including River Street. This drastically transformed the character of the area from a quiet neighborhood near the river to a busy, noisy, even dangerous urban corridor. As demolition and redevelopment continue, so does the disappearance of the River Street neighborhood’s historic fabric.